Watch the video below to see AFC Wimbledon Striker Adebayo Akinfenwa Beatbox as part of his initiation ceremony.

Known throughout the years as the very definition of “lower league legend” it wasn’t until EA made him the strongest player on their video game FIFA 14 that Adebayo Akinfenwa came into the wider footballing world’s consciousness.

The self-styled “Beast” won Man of the Match against Shrewsbury Town in his home début for AFC Wimbledon, and quickly endeared himself to fans with his performances both on AND OFF the pitch.

After the game we managed to catch some footage of the man himself in the bar where he received his award, and then posed for photographs with fans. 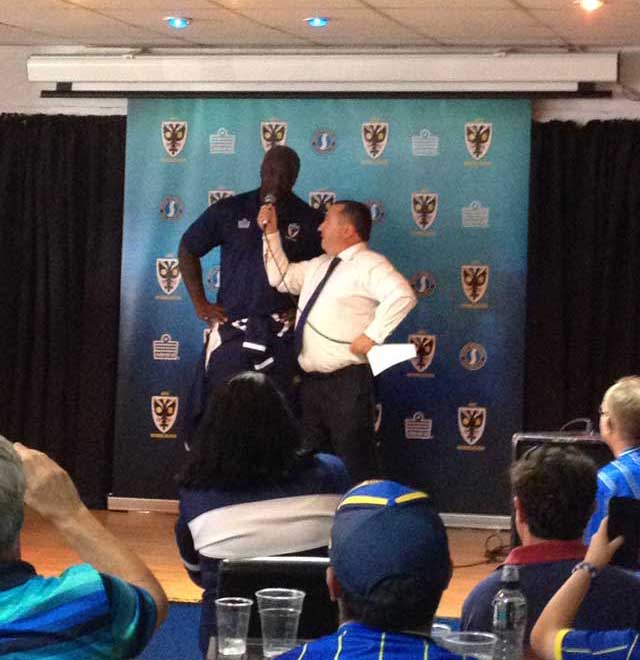