Goodison Park has been the home for Everton Football Club for more than 130 years, through the highs and the lows of the Toffees’ domestic and European quests. However, in the modern day era of state-of-the-art stadia, Goodison Park has started to creak. Regardless of how much character and old-school charm exudes from every pore of the stadium, it makes sense for Everton to look to the future, especially if they are serious about challenging for domestic and continental honours.

The proposed Bramley-Moore Dock Stadium is a stadium fit for a title-challenging team. Nestled right on the fringes of north Liverpool’s Bramley-Moore Dock, the stadium has the potential to become a iconic waterfront within a UNESCO World Heritage Site. The proposed 52,000-seater stadium has also been given the green light by both the Liverpool City Council and the UK government. The former approved plans in February, with the Ministry for Housing, Communities and Local Government opting “not to intervene” in the project a month later.

The Toffees’ longest-serving captain in the club’s history, Kevin Ratcliffe, described the stadium designs a “masterpiece” for the city of Liverpool. Ratcliffe acknowledged that it would be “heartbreaking” for certain sections of the Everton faithful to bid farewell to Go

odison Park, but remarked on the “ageing” condition of the stadium which lacks the state-of-the-art facilities of 21st century Premier League stadia.
The Bramley-Moore Dock Stadium feels like the perfect celebration of Liverpool’s heritage. A city that thrived during the Industrial Revolution thanks to its docks, the Bramley-Moore Dock was particularly influential in importing and exporting coal. It’s since been dormant since the mid-1900s, when the decision was taken not to modernise the dock for containerised sea trade. Everton’s new stadium is looking to breathe new life into the area, with a healthy dose of investment in the dock’s listed features, including its Hydraulic Tower which is slated to become part of an exhibition centre for the club. 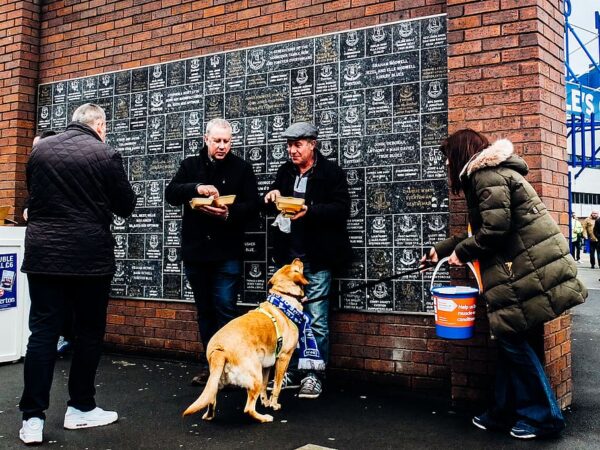 Plans are afoot to create a ‘fan plaza’ surrounding the stadium, creating an exciting fan zone experience for home and away fans alike. The bottom tier of the ‘Home End’ is also pencilled in to have rail seating, with the idea of future safe standing in the years to come. It’s an exciting project that current Everton boss Carlo Ancelotti hopes to be a part of, with the new stadium set to open its doors for the 2024/25 season. The experienced Italian’s existing contract expires in 2024, but he has made quite the impression on the Everton faithful so far.

European football could still be coming to the Toffees’ current stadium, Goodison Park, for the 2021/22 season. Everton are still within reach of the Europa League qualification place, despite a roller-coaster ride of a season. Carlo Ancelotti’s men started the season like a house on fire, but midway through the campaign hit something of a brick wall. As recent studies into fixture congestion have suggested, the hectic EPL calendar for 2020/21 has had a significant impact on players’ ability to run at the levels of intensity required game by game.

A gamechanger for Everton as a force domestically and in Europe

The move to Bramley-Moore Dock is also expected to have a positive impact on player recruitment for the Toffees long-term. At least that’s the opinion of Director of Football Marcel Brands, who believes the new stadium will be “something really special”, driving increased revenue from tickets and giving Carlo Ancelotti even deeper pockets to work with.

The proposed capacity of the new stadium is 52,000, with the potential for that to be expanded to 62,000 in future years, subject to planning permission. From the artist’s impressions of the new stadium, the brickwork is going to provide a clever homage to the working dock, protecting the essence of the site whilst ushering in a new chapter for the area. Connecting Liverpool’s city centre to the docklands will become ever more important for the City Council, helping to create a fan experience like no other. As destinations go, Bramley-Moore Dock Stadium will be a one-of-a-kind waterfront arena.