Soccer Aid Teams 2020: England vs Rest of the World 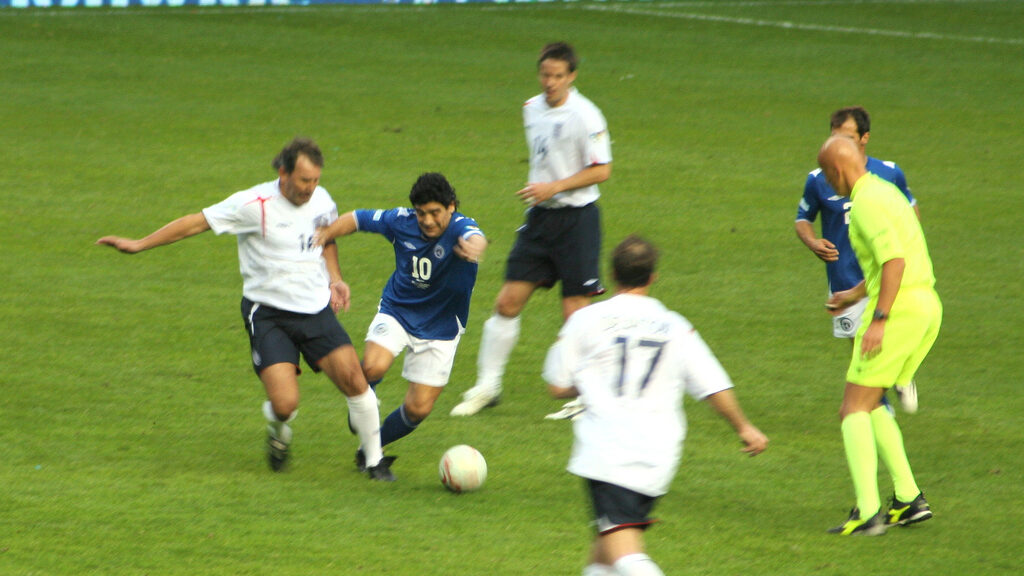 This weekend, two teams of former pros and celebrities take to the field to raise money for charity. As usual, the two teams competing in Soccer Aid 2020 are England vs the Soccer Aid World XI.

This year the UK government and Gavi, The Vaccine Alliance are both matching public donations, meaning that every £1 donated becomes £3.

Joe Wicks is one of the many celebrities who are part of the line-up this year. The expectation will be for him to use his fitness and motivational powers to really become a driving force of the England team this year.

Olly Murs is also making an appearance after missing out last year with a knee injury.

Management-wise, England are in the very capable hands of Sam Allardyce (former England manager) and Wayne Rooney, as well as Bradley Walsh (actor and TV presenter).

Here’s the full line-up for this year:

Santan Dave is part of the line-up this year – perhaps his play style will be inspired by Thiago Silva!

The F2 duo are also playing and should impress with their flash skills and tricks. One half of the duo, Jeremy Lynch, has shown that he can deliver an end product too, scoring three goals in the last two years in the fixture.

In terms of management, the World XI squad are also in very competent hands as they have Harry Redknapp and Bryan Robson in charge and Vic Bettinelli as their goalkeeping coach.

Here’s the full line-up for the World XI team: