Regardless of the position your team finished in last season, chances are they have set goals and objectives which require bringing in fresh talent. It is often unusual for Europe’s leading clubs to go without spending huge sums of money to improve their squads during a summer transfer window.

From day one down to its final day, 2021’s summer transfer window has been eventful. Read on as we surf through the most notable transfer signings in the last sixty days as Europe’s premier league clubs gear up for the new football season.

The Argentine playmaker’s transfer came to life late into the transfer window but grabbed the most attention of all the signings. The six-time Balon D’or winner bade goodbye to the Blaugrana as they could not afford his contractual demands. What looked like a simple case of offer and acceptance turned into teary eyes for Barca fans as they watched their idol move to Parc de Prince on a free transfer. Messi will be joining Kylian Mbappe and Neymar as Paris Saint Germain looks to mount a challenge for the UEFA Champions League.

In what started like a joke with the player debunking any rumors of leaving Juve, Portuguese captain Cristiano Ronaldo has rejoined Manchester United. A five-time UCL and Balon D’or winner, Ronaldo reunites with the team he left back in 2009. The initial destination touted by sports journalists was Manchester City, but differences in fees caused Pep Guardiola’s side to pull out. In their quest to cement their place as one of the Top 6 Premier League Clubs, Manchester United has resigned the club legend for £28 million alongside Jadon Sancho and Raphael Varane. It is the first time in recent years when the world’s best two footballers will switch teams in the same transfer video.

The biggest transfer saga in England this season involved the ‘little boy from Aston’, Jack Grealish. After a double-figure goal involvement season and a stint with England at the Euros, talks of a Manchester City move hit the news. The £100m transfer fee makes Grealish the most expensive player in the history of Premier League football. Both Villa and City have benefited from the deal through reinvestments and Grealish’s performance for the latter.

Barcelona’s financial woes seem far from over as departures and pay cut talks continue to linger. The Blaugrana have seen four players leave in the past week, the most notable of which is Antoine Griezmann. The former Athletico man is one of Barca’s most expensive signings ever but failed to live up to expectations. Three years on, Griezmann moves back to Athletico, hoping to rediscover the form that made him one of Europe’s best players.

In a similar fashion to Nicolas Anelka, Belgian striker Romelu Lukaku just can’t stop moving. The former Inter man enjoyed a great season, scoring 20+ goals in the Serie A. Now, he’s returned to his boyhood club, Chelsea. This is Lukaku’s second stint at Chelsea, having already featured for Everton and Manchester United in previous years. Coming off a UCL winning season, Chelsea looks to widen the gap between themselves and the rest of the top 6 premier league clubs.

Real Madrid is going through a refresher as two of their most trusted defenders bade goodbye this transfer window. While Sergio Ramos left on a free after his contract expired, Manchester United snapped up Raphael Varane for £35 million. The Red Devils have done good business this window and will be hoping to improve on last season’s second-place finish.

Manchester City’s record goalscorer Sergio Aguero has left the Etihad upon the expiration of his contract as he battled with injuries and fell off the pecking order at City. The Argentine striker, who brought the Premier League title, scored 260 goals for the Cityzens in ten years and is now the fourth-highest goalscorer in EPL history. Aguero leaves for Barcelona on a free transfer, making him another high-profile player leaving on a Bosman rather than retiring at the club. 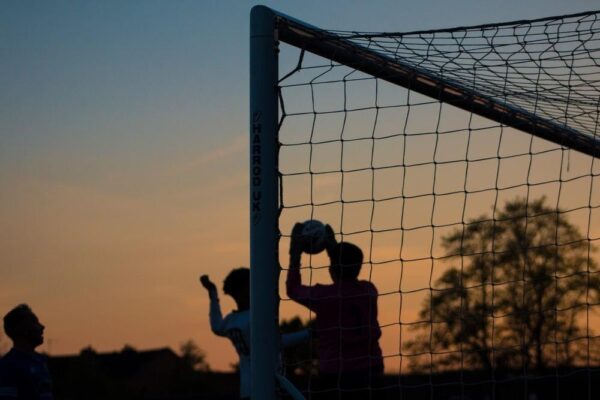 Manchester United and Paris Saint Germain seem to have closed the best deals this window of Europe’s elite teams. While Manchester United spent north of £100 million to get their men, PSG was able to sign Lionel Messi, Sergio Ramos, Gerginio Wijnaldum, and Donnarumma on free transfers.

In addition to these players, they also got Achraf Hakimi from Inter. PSG is now the pole favorite to win this season’s UEFA Champions League competition. Given the deals made this summer, EPL fans have a great season to look forward to, with matchups between the top 6 teams being the icing on the cake.

Fans are in for a treat in football games this season as they have a chance to see Kylian Mbappe, Lionel Messi, and Neymar play on the same team. As the US Open resumes, the blistering nature of football competitions is likely to draw fans away from online teniszfogadások. In fact, some of the biggest tennis stars like Nadal and Federer have admitted their love for football. These two tennis champions, alongside Serena Williams, will not be playing at the US Open, making it more likely for fans to watch premier league games than tennis sets.