The Rungrado 1st of May Stadium – the largest in the world

This architectural marvel was built in North Korea to coincide with the 13th Youth and Sports Festival in Pyongyang. The construction of the largest stadium in the world was timed to coincide with the great international holiday, May 1. And it ended at an accelerated pace, according to plan, neatly that day. It happened in 1989. More than two decades have passed, but the 1st of May Stadium is still the largest and, quite possibly, the most beautiful.

The stadium has a double name. The first he received was from the name of the place on which it stands, the island of Rungra, located on the Taedong River. And the second from the time at which the construction ended. That is May 1, International Labor Day.

Consequently, the full name of the object: The Rungrado 1st of May Stadium. 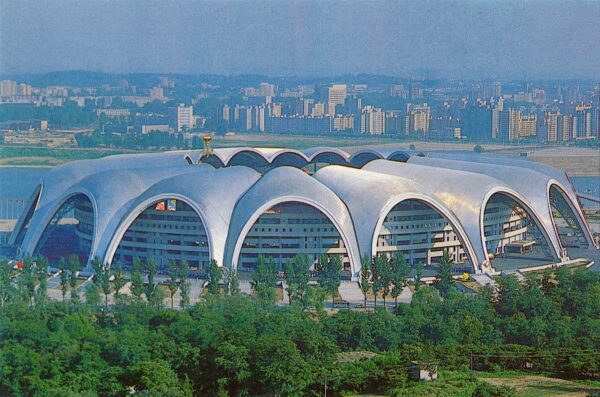 Football matches are held at The Rungrado 1st of May Stadium, which, by the way, is the home arena of the women North Korean national football team, while the men’s national football team plays at Kim Il-sung Stadium. All the news about these teams rosters, fixtures, next games and betting tips can be found at https://bookmaker-ratings.com/tips-homepage/. Currently, athletics competitions are held at the stadium. But more often than not, the stadium is a venue for impressive performances that glorify North Korea: that is enchanting mass shows dedicated to the leader of Kim Il Sung or the national North Korean holidays. They are all the more enchanting because the stands can accommodate 150 000 people (all seats are seated). This is the largest capacity for the arenas not intended for motorsport fans.

These unique performances took place (before the pandemic) in Pyongyang every year: usually in August and September. They are listed in the Guinness Book of Records as the most massive theatrical performance in the world.

The most famous and popular among North Koreans is the show called “Arirang”, which is also held at The Rungrado 1st of May Stadium. The number of participants can reach 150 people, while a huge variety of bright and massive decorations are used, turning the sports arena into a huge stage. It is worth noting that the price of a ticket for visiting such an event is quite high for a socialist state, but, nevertheless, there are often no empty seats. The plot of the show “Arirang” describes the love story of a guy named Riran and his girlfriend, who later broke up due to the fact that he went to fight for the bright future of his state. This show is also attractive for tourists because at normal times they are simply not allowed into the stadium. Thereby they are deprived of the opportunity to contemplate the grandiose architectural creation of Korean engineers. 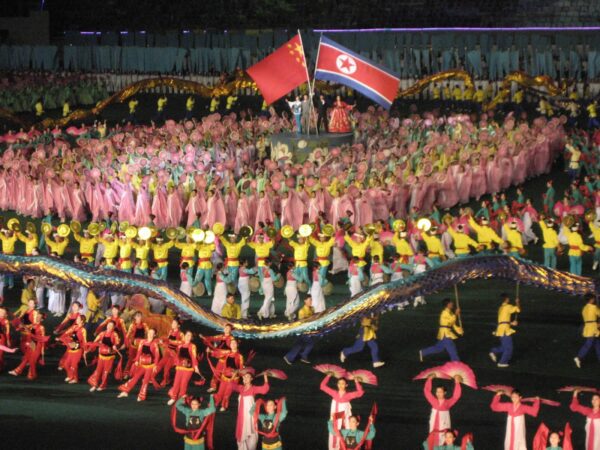 Rungrado is as big as it is beautiful. It consists of 16 arches that join into a ring. From a distance, from a height, it is somewhat similar to a parachute with a hole in the middle, or, perhaps, to a blossoming magnolia flower. The design is so impressive that it can get several associations. All these comparisons suggest themselves thanks to the circle, divided into sectors.

But in order to see the stadium from a height, you have to climb high enough. After all, its height is about 60 meters. The stadium has 80 entrances, inside there are gyms, recreation rooms, a swimming pool, cafes, halls for TV and radio broadcasts. It is difficult to talk about the demand for the arena when even half of its capacity is not always filled (except for the main holidays in the country, of course, attendance there will be ensured). But it also happens that at large-scale choreographic or gymnastic competitions there are more people taking part than spectators in the stands.

Despite its brilliance and glory, The Rungrado 1st of May Stadium still does not belong to the category of so-called “5 Star Stadiums” that can be found in Europe. Still, it is beautiful and attractive for both ordinary people and connoisseurs of modern architecture. The Rungrado 1st of May Stadium is a prime example of the gigantomania that is inherent in the political regime in North Korea.