A look at the English Premier League over Christmas 2015

Christmas in the Premier League

Christmas is around the corner, and it is historically a relatively quiet time of the year in terms of football. Except for one place; where most major leagues give the teams a well-deserved rest, the English leagues will not pause to celebrate the holidays or to avoid the bad weather. While the Bundesliga has the highest attendance rate per game, the Premier League comes in as a close second and this only adds to the allure of attending a match of the most popular game in the world during that special time of the year.

It is hard to think of a better time to visit a game than throughout this period, as historically a lot of exciting matches are played with often surprising results. Just last year, one day after New Year’s Day, Stoke drew against Manchester City, Arsenal lost to Southampton by a margin of two, Liverpool and Manchester United both drew against Leicester and Stoke City respectively, and Spurs beat Chelsea 5-3 in an absolutely thrilling match at White Hart Lane. 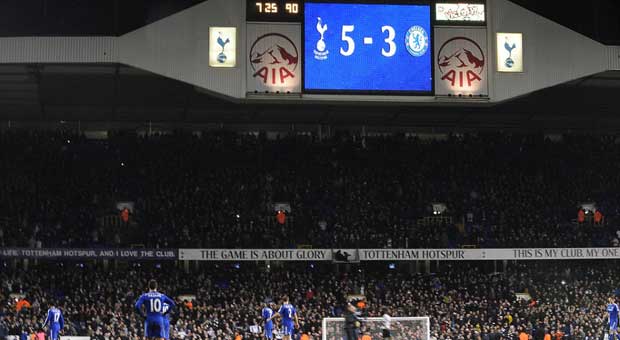 More than during any other part of the year, the league starts to look like a poker game due to the congested schedule, where the managers’ assessment capabilities of knowing when to hold or fold their line-ups and formations is imperative for their season’s success. The density of the fixtures wears the players down and it is therefore not surprising that a lot of the league’s giants start spilling points as matches get more competitive than during any other period of the season.

It becomes quintessential to know when to play aggressive and when to play conservatively while keeping the next matches in mind. Additionally, just like in a poker game, it becomes crucial to not let the result of one match influence the quality of your decisions for the next. Losing a poker hand does not mean you played the hand badly, nor does losing a match imply that the manager’s choices were flawed, and this is especially true when all the teams are fatigued in an relatively evenly-matched competition like the Premier League. In poker, letting a loss affect your emotions (and your game) is called going on tilt, and basic strategy dictates that tilt must be avoided at all times – this is also true of course in football.

One could compare the initial match preparations to starting hands in poker; every team has their own unique training style but just like starting hand ranges in poker, the differences are usually not quite large enough to become a determining factor in the game. As in poker, the wheat will get separated from the chaff in the later streets; the match itself. The most successful managers of the upcoming holiday period will be the ones that will adjust to their opponents ad hoc during the game, just like the most prosperous poker players are the ones that adapt to the changes of their opponents’, playing tight, aggressive or loose are all strategic poker moves that could lead to a deciding factor of winning or losing. 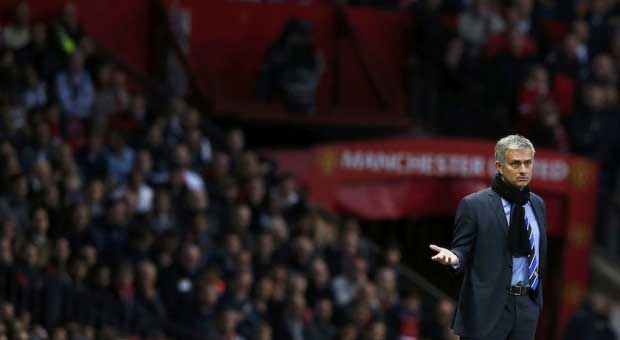 This year’s schedule sure looks promising in terms of excitement; Manchester City kicks off the action-packed holiday season at the Emirates at the 21st of December, after which Arsenal will visit the St. Mary’s Stadium in Southampton on Boxing Day. Meanwhile, Liverpool will play the surprising current leader of the league, Leicester City. The Reds should make sure to not give away any presents like they did against Bordeaux, since Leicester has only lost one match so far this season and scored more goals than any other team at the time of writing.

Two days later, Old Trafford will take in the poorly-performing Chelsea side of Jose Mourinho, although one could question whether the Portuguese will still be in charge by then. Surely, a poor result at the Theatre Of Dreams might finally crack the seemingly-shatterproof confidence of Roman Abramovich, who is of course not unfamiliar in making tough decisions, as most recently portrayed in his acquisition of a large piece of shares in Velocys, making him the largest shareholder of the innovative gas-to-liquid company.

There is a lot more to look forward to. Giant-slayer West Ham United, already having beaten Chelsea, City, Arsenal, and Liverpool this season, will receive the Reds at the best-supported stadium of the League, Upton Park. Klopp’s side will be burned to revenge their 0-3 loss at Anfield, and just like in the aforementioned poker game, controlling their emotions after that defeat will prove to be a big challenge for Liverpool. Keeping the cards close to the chest will likely be the best strategy for the underperforming Merseyside squad. 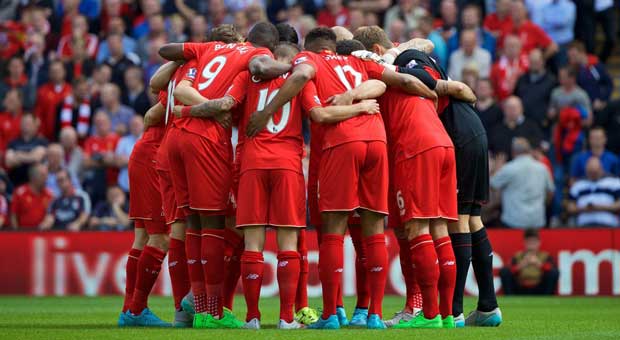 Undoubtedly, the English holiday schedule will keep many eyes shackled on televisions all over the globe and it will be a delight to see which way the cards will fall. If one has the time and money necessary at their disposal, it is an absolutely perfect opportunity to catch a Premier League match in one of the filled-to-the-brim stadiums as every single match has the potential to become an historic event like Chelsea’s defeat of last season.