How Important Is Home Advantage In The Premier League?

Home » Blogs » How Important Is Home Advantage In The Premier League?

It’s almost a cliché to say that a Premier League side will have an advantage over its opponent if they’re playing on their home turf. Indeed, this thought has been enough to entice some pretty feisty comments, albeit outside of the Premier League; many players and managers were making semi-bitter comments about the England “Wembley Factor” during Euro 2020.

That it’s a thing is beyond question. It is. But there are questions as to how important the advantage is and why it’s even a thing. Also, let’s not forget that sometimes playing in front of your home crowd can be a disadvantage, too. With that said, let’s dive in.

It’s not always possible to quantify the advantage that playing in front of a home crowd can bring. It’s just something that you can sense, especially with some clubs. For example, people that make football tips would include “The Anfield Factor” when weighing up Liverpool’s odds of success if they were playing in a must-win game. That advantage is based on history and the impact that the home crowd can have on opposition players. Indeed, even when, on paper, the odds were stacked against Liverpool, the Merseyside team would receive plenty of backing solely because the match was being played at Anfield.

The fans and atmosphere aren’t the only unwritten advantages, however. If it’s your ground, you can water the grass however you like. Have a fast-paced style of play that relies on slick passes? Then you can water your side of the pitch at half-time. It’s not the most sporting behaviour we’ve ever heard of, but it does happen — and there probably aren’t too many within the game that disagree with it (until they lose, that is).

What Does The Data Say?

The data is pretty clear about home advantage in the Premier League. It happens. We know this because the majority of teams win more of their games in their home stadium than they do when they’re on the road, and that’s true of every single season. Each year, there are usually one or two sides who picked up more points on the road, and then a couple more who had identical records home and away. But that means there are fifteen or more teams that played to the home crowd and got results.

There are varying degrees of home dominance, of course. Liverpool, again, have been exceptionally impressive at home during the past five years. For a side like Aston Villa, it’s more even. And just on another note: home advantage is declining. It’s at its lowest point in decades, possibly because players are more used to travelling or fans have become a little more polite. 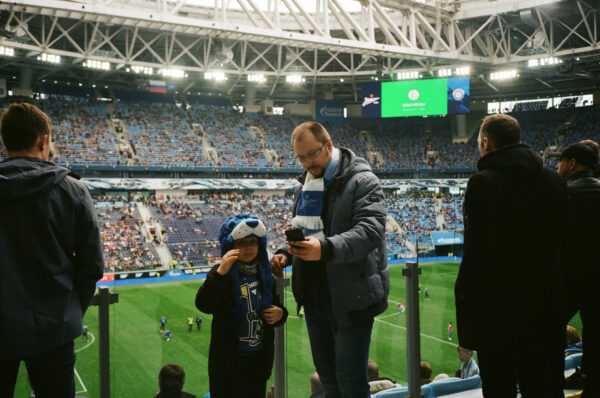 There are a couple of reasons why some teams do better on their home turf than others. And there are reasons why a side can generally play better on the road than they do at home (even if they end up with identical records). It’s all down to the style of play. For teams who don’t go out to attack but rather play to catch teams on the break, playing away can be better. That’s because the home team historically attacks when visitors are in town, while the other team defends. If your entire game is built on defence, then that can result in a pretty unimpressive match, even if results go your way.

Fans can elevate their team to greatness. But they can also drag them further down. If things aren’t going well, and the fans are turning against the manager, then the atmosphere within the stadium can be extremely dispiriting. Fans are quick to highlight when the atmosphere is great, but they’re less willing to acknowledge when they’re contributing to their team’s failures.
Final thoughts? Home advantage is a thing but probably not as big a deal as people think. But for certain, still a factor.