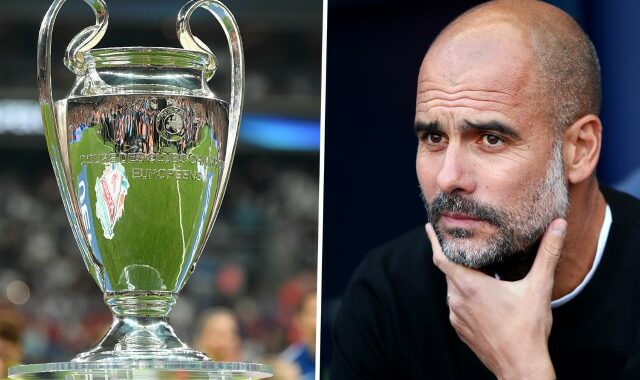 Domestic league seasons around Europe have begun to get back underway following the completion of the FIFA World Cup in Qatar and European competitions will follow soon. Some of Argentina’s world champions will be hoping to join an exclusive club of players to have won the World Cup and the UEFA Champions League in quick succession.

The round of 16 presents some mouth-watering ties as some of the European heavyweights meet at the beginning of the knockout stage. But who is best placed to win the trophy in Istanbul in June, and who could defy expectations in reaching the latter stages as Villarreal did last year?

The outright favorites offered by a majority of sportsbooks are Manchester City and they often are fancied season on season owing to the ridiculous quality within their squad. They have fallen short of expectations many times in the past few years and have featured in disappointing collapses but again they are predicted to go all of the way. Bonusfinder UK has reviewed many sportsbooks to find the best sites to place bets on the UCL this season. They have compared welcome and betting bonuses in their in-depth reviews to allow sports fans to find the ideal sports betting site.

Pep Guardiola’s side has added more firepower to their squad this year in the form of big-money attacking signings, but their problems perhaps more accurately lie in the defensive department. Against Real Madrid in the semi-final last season, City was two goals ahead at the Bernabeu with just minutes left to play when Madrid scored what seemed to be a consolation goal. The City side already seemed defeated and the equalizer soon followed before a Karim Benzema penalty in extra time sent his side to the final in Paris seen at Sporting News.

City’s failure in recent years is a great example of how huge a factor that European pedigree is in continuing to be successful in European competition. The likes of Madrid and Liverpool have won the competition many times over several different generations, and it is likely the successes of the past relieve the pressure on the current players’ shoulders.

Can Napoli go all the way?

Napoli has begun both their Serie A and UCL seasons incredibly well. They top both and are huge favorites to secure a long-awaited Scudetto, but in European competition could they make an even more significant piece of footballing history. They are much different from the Villarreal side of last year who reached the semi-final after knocking out Bayern Munich seen at Goal. Napoli has already provided a strong warning of how dangerous they are in their group-stage dismantling of Liverpool at the legendary Stadio Diego Maradona.

🇨🇲 Zambo Anguissa now has 4 goal contributions for Napoli this season that his entire time at either Fulham or Olympic Marseille (3).#NAPLIV|#ChampionsLeague|#UCL pic.twitter.com/IEsfbCdC9E

Napoli is arguably Europe’s most in-form side across all competitions. They bring a huge transitional threat due to their athletic midfield trio of Stanislav Lobotka, Piotr Zielinski, and Frank Zambo Anguissa that look to win the ball high up the pitch and supply pacey attackers in behind. With a round of 16 tie against Eintracht Frankfurt awaiting them, they will be heavy favorites to reach the last eight and from that stage, nobody can be counted out.