Suva?a Sportcenter or Sportski Centar Suvaca is the home ground of Serbian football team FK Donji Srem who routinely compete in SuperLiga. First opened in 1961, the 4,000 capacity ground was most recently renovated in 2012 with expansion taking place a year later.

Below is a seating plan of Donji Srem's Suvaca Sportcenter Stadium: 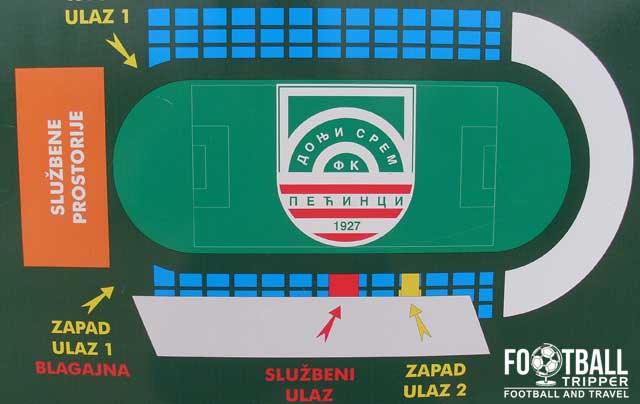 The Stadium in Sportski Centar Suvaca is comprised of four stands: North, East, South and West.