Stadionul Emil Alexandrescu is a 1960s built multi-purpose football stadium located in the north-eastern Romanian city of Iasi near the border of Moldova. Home to newly promoted SuperLiga side Politehnica Iasi, the 11,390 capacity ground was most recently renovated in 2004.

Below is a seating plan of Politehnica Iasi's Stadionul Emil Alexandrescu: 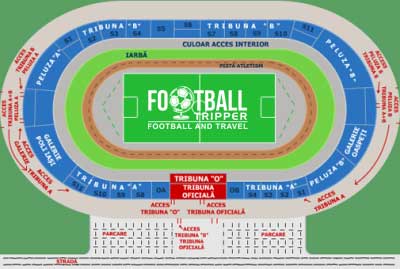