Stadionul Trans-Sil or Trans-Sil Stadium is a multi-functional football stadium which has an all-seating capacity of 8,200. Home to local team ASA Targu Mures since 2004, the ground mainly hosts matches of the Serbian SuperLiga – the highest tier of football in the country.

Below is a seating plan of Targu Mures's Stadionul Trans-Sil: 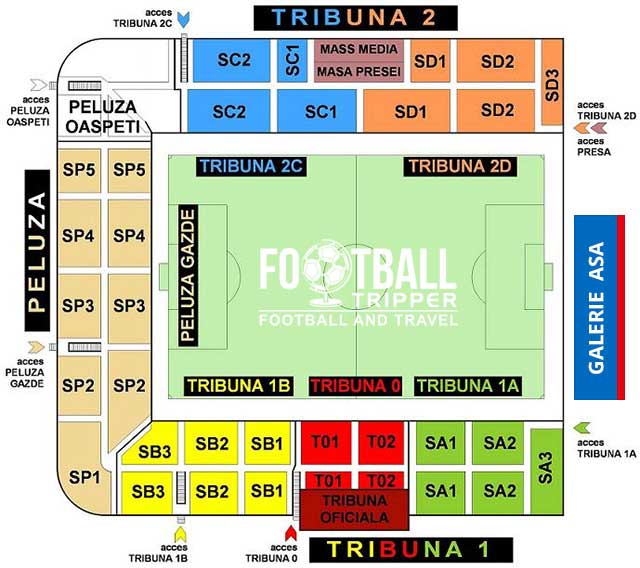