Stadionul Otelul is the home ground of Liga I team FC Otelul Galati who qualified for UEFA Champions League for the first time after winning the title during the 2010-2011 season. Located in the eastern city of Gala?i, the ground has a capacity of 13,500 after undergoing renovations in 2005.

Below is a seating plan of Otelul Galati's Stadionul Oțelul: 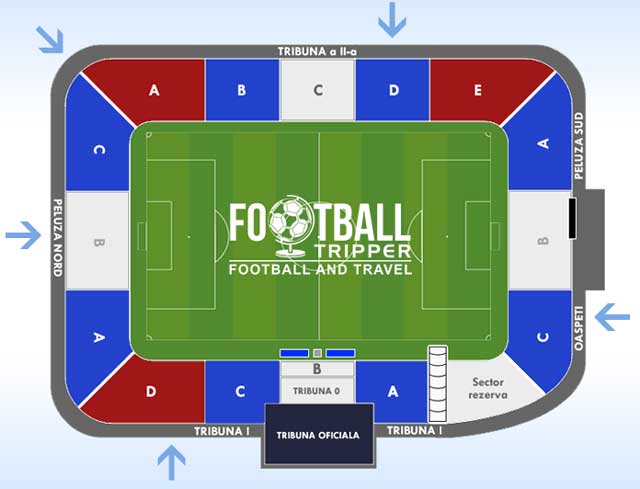