Below is a seating plan of FC Brasov's Stadionul Silviu Ploesteanu: 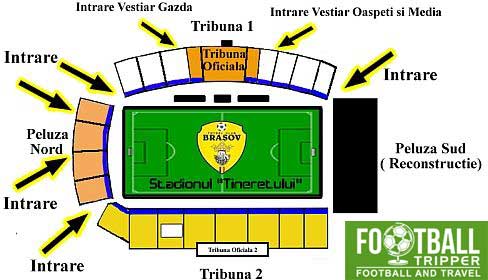