Estadio José Amalfitani or El Fortín de Liniers as it is widely known as by fans, is a football stadium located in the Liniers district of the capital of Argentina, Buenos Aires. Home to local side Club Atlético Vélez Sarsfield, the ground was built over a 4 year period between 1947 and 1951 with a current capacity of 49,540. The most significant renovations occur ed 26 years after the ground opening, in preparation for 1978 World Cup.

Below is a seating plan of Vélez Sarsfield's Estadio José Amalfitani: 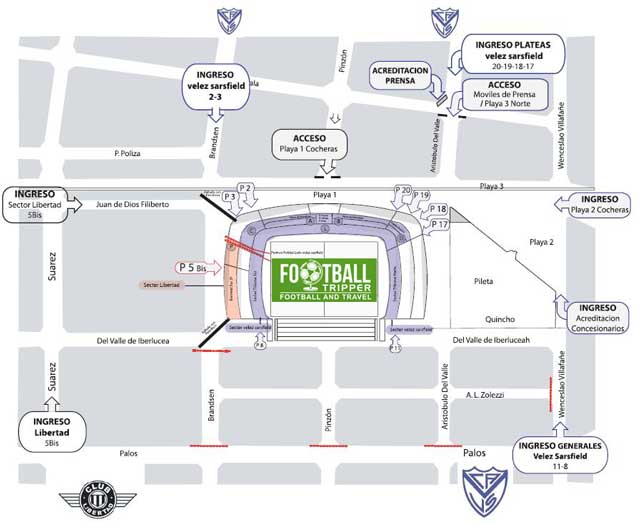