Estadio Marcelo Bielsa is the home stadium of local football team Club Atlético Newell’s Old Boys. Formerly known as El Coloso del Parque (“The Colossus of the Park”), a name which is still popular used, it wasn’t until December 2009 that it the name was officially changed to honour one of the club’s former managers. The 38,095 capacity stadium is also used occasionally for rugby matches.

Below is a seating plan of Newells Old Boys's Estadio Marcelo Bielsa: 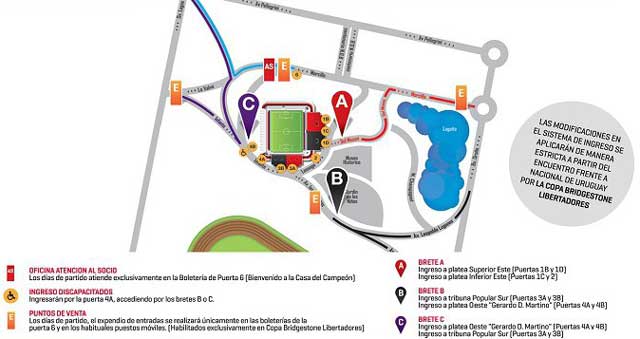