Illichivets Stadium formerly known as the Novator Stadium is the home ground of Football Club Illichivets Mariupol, and the informal home of national women’s football team after hosting several matches in recent years. With a 12,680 capacity, the Illichivets is around the 9th largest football stadium in Ukraine.

Illichivets Stadium first opened back in 1956 when it was known as Stadion “Novator” (Innovator) and initially conceived as a multi-purpose sporting arena. Owned by the municipality of Mariupol, the stadium contains an athletics track around the perimeter of the pitch although since opening it has primarily been used for football matches of the local side FC Illichivets Mariupol who were established in 1960.

Completely renovated in 2001 by public funds, the stadium’s four stands were rebuilt giving the ground its current capacity of 12,680. The East and West Stands which run along the lengthways of the pitch contain room for 8,605 fans and are completely covered, with the uncovered north and south curvas boasting enough space for 4,075 supporters.

To date the highest level of club football entertained at the Mariupol Stadium has been the UEFA Cup with Illichivets participating in the qualification stages of the 2004/2005 edition. The club defeated Armenian Football Club Banants in the first round but failed to progress to the group stages of the competition after losing to FK Austria Wien 3 nil on aggregate.

Illichivets Mariupol Stadium also has an Internationally pedigree, occasionally hosting football matches of the Women’s National Team and youth level. Group stage matches of the Euro-2009 for under 19s were held at the ground including three matches featuring Spain and the semi-final between Ukraine and Serbia. 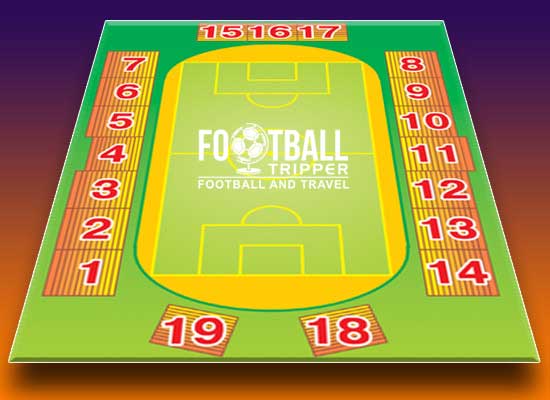