Dr. Necmettin ?eyho?lu Stadium is a purpose built football stadium located in the Black Sea town of Karabük. First opened in 1974 with a current capacity of 14,000, between 2010 and 2014 the ground underwent a complete reconstruction with each stand meticulously demolished and rebuilt, one at a time.

The first iteration of Dr. Necmettin ?eyho?lu Stadium dates back to 1974 when Kardemir Karabükspor made the municipal stadium their permanent home after forming five years prior in 1969. The ground is named after Dr. Necmettin-?eyho?lu, a local politician who has served as the Mayor of Karabük across two periods between 1968 and 1973, and from 1984 to 1987.

Like a lot of Turkish football grounds, Dr. Necmettin ?eyho?lu Stadium was beginning to show its age by the turn of the millennium. Whilst some clubs have sat back, and let the facilities deteriorate, Karabükspor were one of a handful of clubs who took positive action to modernise their home stadium, and essentially rebuilt it from the ground up.

To minimise any potential disruption to the fixtures calendar, construction was staggered across four years between 2010 and 2014, and Karabükspor’s new stadium was constructed one stand at a time. The ground reopened with an modest capacity of 14,000, however the intimacy of the arena and lack of athletics track more than makes up for its overall size.

During the 2015 season Dr. Necmettin ?eyho?lu hosted two matches of the Europa League which was the perfect way to inaugurate the new stadium. Karabükspor overcame Rosenborg in their first qualifier, but were unable to reach the group stages of the prestigious competition after losing to Saint-Étienne 4-3 on penalties in their play-off match.

Kardemir Karabükspor will undoubtedly bounce back however as they now have the infrastructure to deliver long term success.

Below is a seating plan of Karabükspor's Dr. Necmettin Seyhoglu Stadyumu: 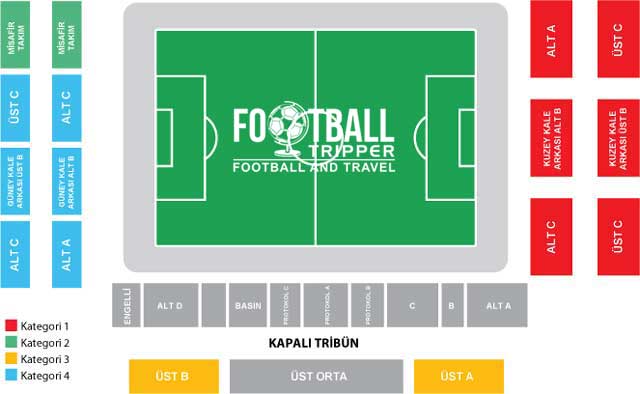