Estadio San Mamés was previously the home to Athletic Bilbao between 21st August 1913 and 5th June 2013 before it was demolished to partially make way for its replacement, Nuevo Estadio San Mames, located just across the street from the original.

Upon Closing it was the oldest functional football stadium in Spain. Nicknamed La Catedral after not only the nearby monument but due to the passionate congregation which flocked to the stadium whenever there was a match on.

It was entirely rebuilt from the ground up to host matches of the 1982 World Cup where it hosted three group games in total. Featuring England three times, the three lions fared very well at San Mames, winning all of their group matches against France, Czechoslovakia and Kuwait.

A project to replace Bilbao’s old stadium was approved in March 2006 and construction work began in April 2010. The stadium’s final season was during 2012/2013 and it essentially closed on its 100th anniversary which was an excellent way to bow out.

New Estadio San Mamés opened in 2013, and the club haven’t looked back since.

Below is a seating plan of Athletic Bilbao's Estadio San Mamés (1913): 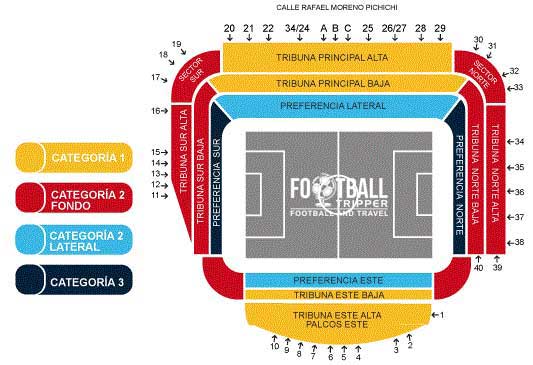