The Stadium at Queen Elizabeth Olympic Park, commonly referred to as just the London Olympic Stadium is a multi-purpose sports arena built between 2008-2011 for the London 2012 Olympic games.

On the 6th July 2005 it was announced that London would host the 2012 Summer Olympics after the capital city’s bid narrowly defeated Paris bid’ by a very tight margin of 4 votes with the final ballot revealing scores of 54 to 50.

Although the city of London was already well equipped with over a dozen football stadiums, the city required a new purpose built athletics stadium in order to host both track and field events with East London being the preferred location.

In 2007 the Organising Committee of the games selected Populous to build the stadium after being impressed by the architects design work on Arsenal’s Emirates Stadium.

Construction began a year later  in April 2008 with the area cleared and basic bowl shaped foundations dug out. Perhaps rather surprising to the cynical British public, the stadium was completed in March 2011 slightly ahead of schedule and reportedly under budget in great contrast to the Football Association’s New Wembley.

The Olympic Stadium hosted the opening and closing ceremony of the Olympics and the 80,000 capacity venue was put to great use throughout the tournament with the majority of events appearing to sell out, including the usually less popular Paralympic Events.

With the general public feeling that the games had been a success and the Olympic Stadium proving popular with attendees, numerous parties were interested in using the ground after 2012.

With an emphasis on sustainability, West Ham United F.C’s bid was chosen as the favoured option for the future of the stadium with the club looking to vacate Upton Park and move to the Olympic Stadium in time for the 2017 season.

The East London based club will pay around £100 million to convert it to a 60,000 capacity with variable seating in place so that the ground can retain the athletics track and still remain a multi-purpose sports venue whilst still becoming an intimate football stadium.

Below is a seating plan of West Ham's London Stadium: 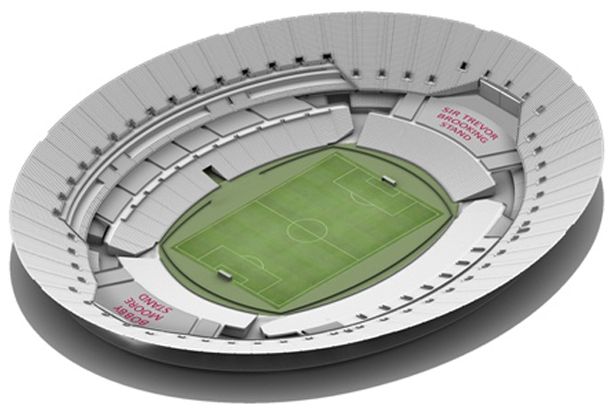 Will be updated when West Ham actually move in…

To be updated for the 2017 season, but there will undoubtedly be a club shop at the stadium.

For now there are no official stadium tours of the Olympic Stadium, however the area it is located within is. Known as Queen Elizabeth Olympic Park, the area is accessible to the general public.

How to buy West Ham Tickets

West Ham season tickets for the opening 2017 season at the Olympic Stadium will start from £289.00 for adults –  the cheapest in the league.

Whether its PR piece or not, combined with The Hammers being wary of not filling their new larger stadium, ticket prices are expected to be reasonably priced!

How to get to London Stadium

Where is London Stadium?

The Olympic Stadium is located in Stratford in East London, approximately 6 miles from Central London.

Situated on the border of travel zones 2 and 3 there are numerous stations which will leave you within walking distance of the ground – the best option depends purely on where you’re traveling from.

Queen Elizabeth Park doesn’t appear to have its own parking facilities, however even if it did then you’d still be mad to drive.

The two closest mainline stations are Stratford and Stratford Interntional.

Stratford International predominantly serves Kent in the south-east of England, and is one stop away from King’s Cross/St Pancras.

Stratford has national routes to Essex, Greater Anglia and important  London stations such as Clapham Junction and Liverpool Street

They both have their own Docklands Light Railway (DLR) stations which forms part of the London Underground network.

The nearest airport is undoubtedly London City Airport which is situated within the Docklands area however with a single runway it lacks an extensive range of flight routes.

Heathrow and Gatwick to the south-west of London are much busier, and they both have excellent ground transportation into the city.

There is a Premier Inn, Hotel Ibis and Holiday Inn all within a 10 minute radius of Queen Elizabeth Park. For those looking to combine sports with shopping stick with one of the options within Westfield Shopping Centre.

Who plays at London Stadium?

What is the capacity of London Stadium?

As of 2022 London Stadium has an official seating capacity of 60,000 for Football matches.

When was London Stadium opened?

What is the postcode for London Stadium?

The postcode for London Stadium is E20 2ST.

Covid Restrictions may be in place when you visit London Stadium in 2022. Please visit the official website of West Ham for full information on changes due to the Coronavirus.